This week my new book, The Social Justice Warrior Handbook: A Practical Survival Guide for Snowflakes, Millennials, and Generation Z, went on sale for preorder on Amazon. Listen to me talk to nationally syndicated radio host Lars Larson about how I'm trying to make political humor great again! 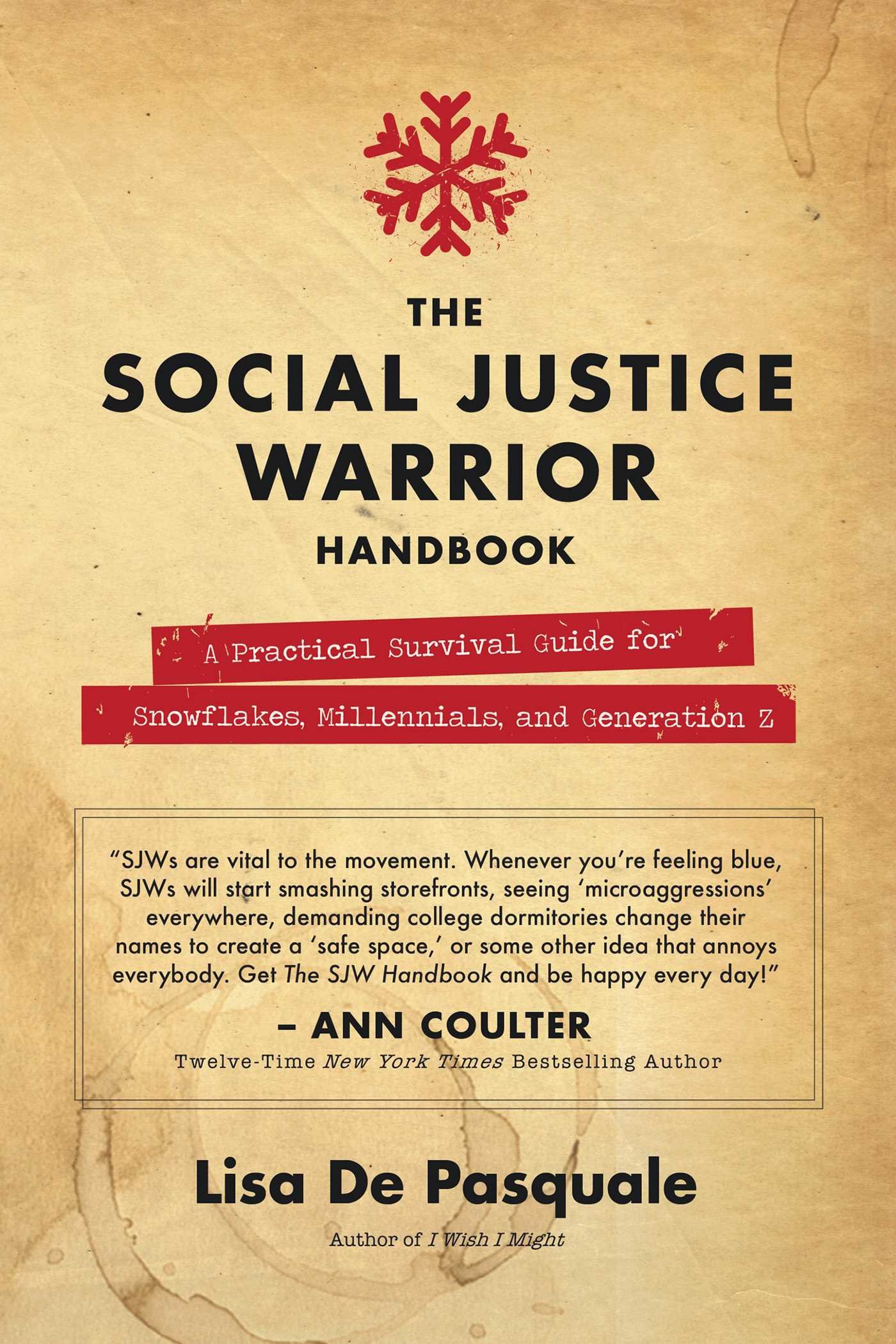 In this episode we talk to Terry Schappert, cohost of "Hollywood Weapons" on the Outdoor Channel (Mondays, 9 p.m.).

Schappert is a former Green Beret, sniper and medic. He can take you apart and then put you back together. He has hosted numerous TV shows showcasing his skills, including Warriors on the History Channel, Dude, You’re Screwed and a Shark Week special on Discovery Channel.

In addition to serving in the U.S. Army and National Guard for over 20 years and hosting various TV shows highlighting the unique skills of members of the military, he is the coauthor of A Guide to Improvised Weaponry: How to Protect Yourself with WHATEVER You’ve Got.

An Interview with Terry Schappert

This week we talk to Lucian Wintrich, who made news and angers the Left after the 2016 RNC when his "Twinks for Trump" photographs were on display at the LGBTrump party. Breitbart's Milo wrote:

Gays are no longer trapped under the thumb of the Democratic Party. And some of us are discovering how much fun it can be rubbing that in. That’s why I’m so amused by the Twinks for Trump movement,which has not only made topless men in MAGA hats cool, but also reflects a renaissance in gay culture driven by libertarianism, free speech fundamentalism and the joy and mischief of the online Trump movement.

Lucian, a brand strategist and digital creative, is currently raising money for a pro-Trump, pro-America gallery show in New York. Click here to learn more and to donate. Listen to the podcast for the scoop on all the fun stuff happening at the show.

In this episode: A big announcement from Lisa, the inside scoop from Brett on Clinton Cash: The Graphic Novel and the day we went viral on Facebook.

In this podcast, we talk to Liz about protests she's been seeing in Minnesota and Operation Thank an Officer's programs.  Brett also gives his tips for getting out of a ticket.

Send your thank you note to police officers:

Chris Barron is a longtime political activist, writer and friend.  He's a frequent guest on "Red Eye with Tom Shillue" on Fox News, columnist for The Guardian, and founder of LGBTrump. Like the LGBTrump page and get the latest on their activities at the Republican National Convention here. For those who follow Lisa on Twitter, you may also know him as the "father" of Auggie and Chester, the world's cutest dogs.

In this podcast, we talk about the Left's acceptance of radical Islam, the backlash against the politically correct/social justice movement, and why Captain America shouldn't have a boyfriend.

This week we talked to Matt Battaglia about his new comic book series, Indoctrination. We also talk movies, the importance of storytelling in politics, and Matt Kibbe's beard.

Andrea Tantaros is best known for cohosting Outnumbered and The Five. Additionally, she’s worked in radio, on political campaigns, on Capitol Hill, and as a columnist for New York Daily News. Her successful career makes her uniquely qualified to tackle the bogus promises of radical feminists. In this episode we talk about her new bestselling book, Tied Up in Knots: How Getting What We Wanted Made Women Miserable. In this episode, we talk to Ben Kissel about growing pains, his many diet plans and what's coming up on Red Eye w/ Tom Shillue.

Ben is a comedian, writer for Red Eye, and political commentator.  Follow him on Twitter at @BenKissel. Also check out the new Red Eye Podcast here.

In this episode we talk to Fox News Red Eye host Tom Shillue! Tom has a lengthy career in comedy, including stand-up, as a correspondent for The Daily Show, 12 comedy albums in 12 months, and as a member of the “Ragtime Gals” barbershop quartet on Late Night with Jimmy Fallon. Just prior to joining Fox News full-time as host, he toured with the Jim and Jeannie Gaffigan brood and cohosted a hilarious podcast with them.

Be sure to check out the new Red Eye Podcast here. Also, look for Tom and the other "Ragtime Gals" on The Tonight Show with Jimmy Fallon in the next couple days!